Sarah has gentle eyes, a sweet smile and a small frame, but it is her inner strength and tenacity that shine the most. She was born in the Democratic Republic of the Congo (DRC) in 1993, only one year prior to the horrific genocide in the neighboring country of Rwanda. In the aftermath of the genocide the perpetrators fled to surrounding countries in fear that they would be killed or put in prison for their bloodshed of the Tutsi tribe, the tribe of Sarah’s family. Sadly, the bloodshed followed into the DRC. It was because of this that Sarah’s family escaped and sought refuge in Rwanda. Life in a refugee camp is all Sarah has ever known. That has been her home for over 20 years. A home with no electricity or running water, one meal a day and the constant threat of her safety as a girl.

Like most girls in the camp, Sarah stopped attending school to help with the daily chores around the house. It was during this time that her boyfriend forced himself on her. In Sarah’s words,

“I refused. He did not accept.”

She became pregnant and gave birth to a baby boy.

Sarah felt hopeless. Her deepest desire was to offer a better life to her child, but she wondered how that would be possible. Three years later she found her answer when she learned about Impact Hope. She was excited by the opportunity to receive a quality education. Although it pained her to leave her child with her family, Sarah understood that education was the key to breaking the cycle of poverty and life in the refugee camp.

Sarah is almost finished with her high school education. She has learned the skill of sewing in the Vocational Summer Trade Program and has the goal of reuniting with her child and running her own tailoring business after she graduates. Sarah’s strong faith and determination to help her family overcome their challenges is an example of why Impact Hope believes in investing in girls’ education. 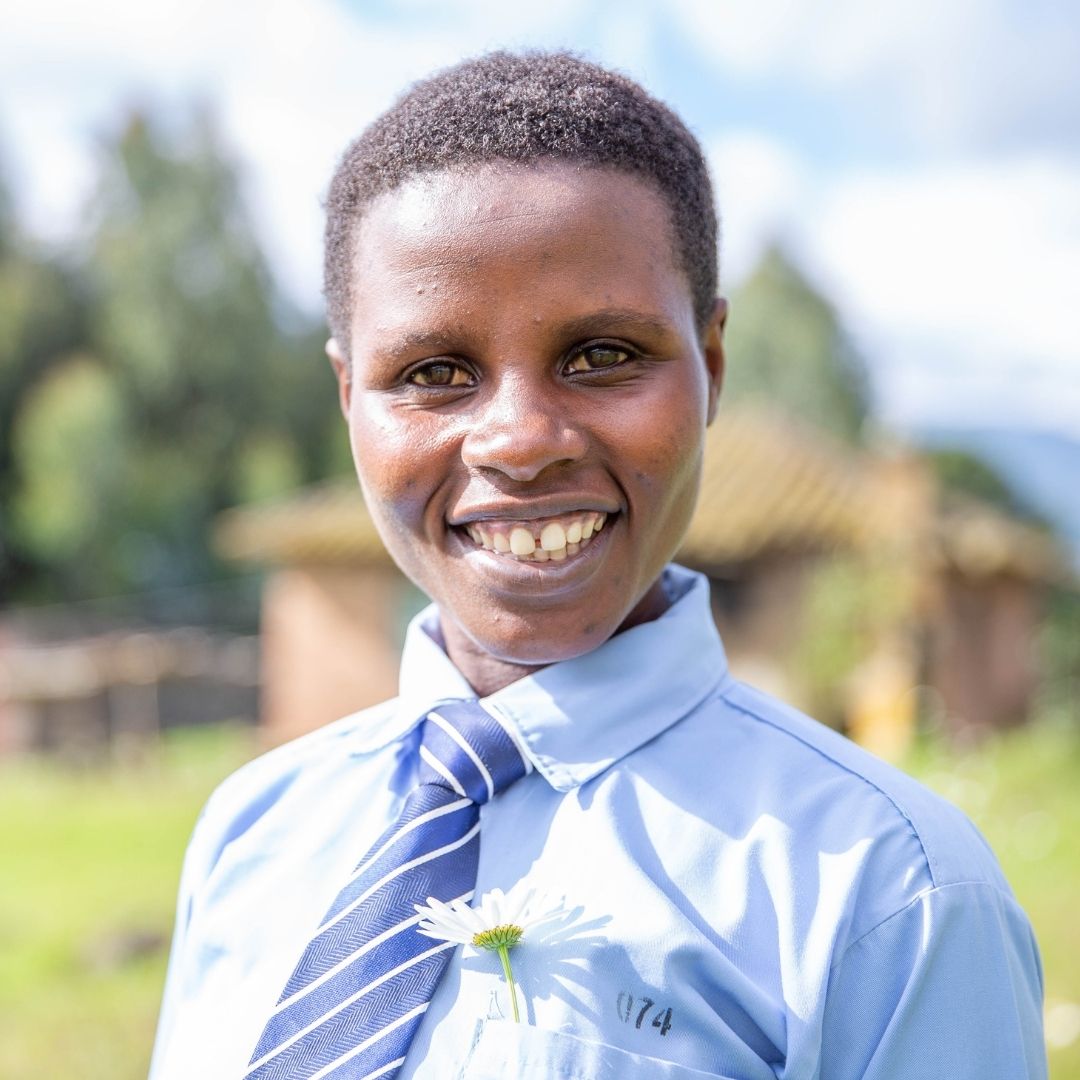